You know, karma: that thing that you always thought that if you were a decent enough person living a respectable life, you’d get the “good” kind and avoid the “bad”…

What goes around comes around and when you least expect it, that bitch we call Karma slaps you across the face and then shits in your hand. It seems my parent’s dreams came true when I started having children as after each pregnancy announcement the laughs became louder and louder. Laugh it up people, go ahead. You think my teenage years were bad?

Three years ago on Mother’s Day weekend, we had our exception to the karmic(?) way of life as things tend to come full circle around here. My husband and I admitted our 14-year-old daughter to an inpatient psychiatric center for kids – the Adolescent center. I have been there. She was admitted mostly by her choice, which is NOT how it went for me way back when. She had suicidal thoughts…

with a plan and everything.

My heart hurts…it’s heavy, and no one is responsible but… me. I am the Mom. I am the one who has molded them into these perfect little beings. No one else should be held responsible. (Hell, her dad thinks that there is no such thing as psychiatry – he says it’s all will power).

You may say, “Oh, heavens no, you’re not responsible, how could you be?” Or, “Teenagers will test you, but they’ll turn out just fine. You’ll see.”

Well, you don’t know Keely. This one is an exception to the rules. Usually happy, flitting around like a tiny butterfly, but equipped with chronic hiccups, and confidently clueless, almost naive – until this year. Her 8th-grade year in a private school nonetheless. A system that we had always trusted and known as family turned its back on one of its own and became plain ugly. Even though we appreciate the kids’ start in elementary, we should’ve pulled them out and started her in public middle school.

You may not agree, or may think that her school life only makes up a part of who she is, but at this age, social acceptance is detrimental to confidence, friendships, and forging ahead to high school with high hopes. Instead, our daughter was teased, ridiculed and tested by 8th-grade teachers, and she concluded that Catholicism may not be a good fit for her.

She started questioning teachers about certain aspects of the Catholic religion and in response instead of getting answers she was seen as a “challenge” compared to her classmates. At times, I felt like a burden to the schools and church because we never had enough money for the fundraiser, dance, Catholic Schools week, tuition…you know, normal stuff that normal people find the money for. Not us though – we always looked through the “gently used” uniform clothes exchange, participated in the free and reduced lunch program, and always brought up the rear with donation totals.

Keely is one who I believe is an ‘old soul.’ She has always had a different outlook on topics, ideas, and life. She doesn’t conform easily and argues that there is another way to do something. Anything. Oh, she’ll ask why plenty, but that doesn’t mean she’ll accept your answer – she’ll form her own opinion and forge ahead knowing she is at least partially right. All her life she’s been in and out of different social circles, never really clinging to one BFF because she doesn’t think she’s anything like her peers. And she’s right – she’s open-minded, more mature than most, and doesn’t waste time on fads or trends. She’s tolerant and rational.

Problem being, her dad and I thought social media would be an okay addition to her social makeup. Turns out, specific groups in the cloud introduce your young ones to topics, ideas, and ways of living that they just may not be ready for. Our daughter joined a community of depressed, anxious and lonely people and I know she thought she could help fix anyone by sending out good vibes and being there when people need someone, no matter the harm it did her. Through her social media channels, she found particular trends that helped her figure out why she’s so different than her classmates. She is determined to have an answer before moving on…so she obsesses.

She dug into the lives of people she watched on YouTube, slowly taking over their characteristics, environments, and she wanted to be just like them. She’s impressionable to a point because she can’t explain herself in ways that people her age understand. They just look at her as an outcast, dismissing her opinions, and excluding her from their cliques.

Of course, reading about other’s struggles and situations, she just knew that was her problem, and she decided she didn’t want to be here anymore. Keep in mind, a while back this little one burst into tears when hearing about a friend she made long ago committed suicide. At that instant, my heart froze and I slowly and carefully asked if she had ever thought, and I couldn’t even finish my sentence before she quickly said, “Oh no Mom! I could never ever do that. Never do that to you.” Yet, suicide became a heavy thought, and to a certain extent, of course, it’s for attention, yes. But, her dad and I have had such troubles the past three years I’m surprised all ours haven’t left us here to fend for ourselves. Attention isn’t everything in her case; she honestly feels different from everyone and wonders why she had to be the weird, unpopular one.

I have had these same feelings most my life, but always thought my parents were right: I just have issues, and I’m not normal.

Flashbacks of my hospital stay while a teenager kept choking me the entire time we answered those damn intake questions. Will her roommate be as psychotic as mine was? Will they take her shoelaces, so she doesn’t try to hang herself in her room? Will they monitor her in during showers to make sure she doesn’t use her razor blade? Will she want to come home and they won’t let her? Man, my mind wouldn’t stop.

For three days, I mostly stayed in bed and cried. Mother’s Day weekend, no less. My mom couldn’t understand my depression – figures. When Keely was released I don’t think I’ve ever been happier and more scared in all my life. What if she continues to have thoughts like this? What if she succeeds one day? The thought itself makes me sick.

So here I sit, wondering how I can prevent this and how I move forward. But because I’m the mom, I don’t get to plan these things or even think about them, because life moves whether I want it to or not. The kids are my distraction and they move fast enough for me. Usually, too fast.

“Society attacks early when the individual is helpless.” 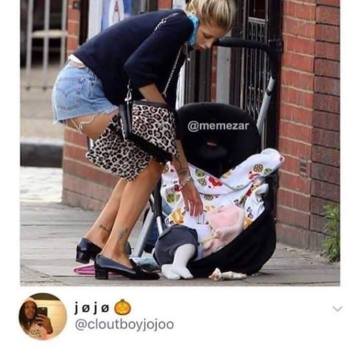 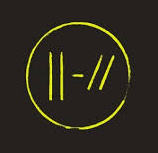 I do not own this image nor receive any money for it. But damn, I love it just the same. 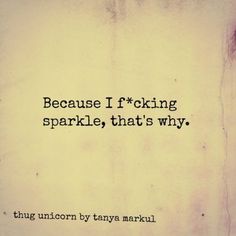 Adventures of a bipolar mom with four kids, attention-deficit disorder, and a killer rescue pup. | #TalkingCrazy | I Love TØP |