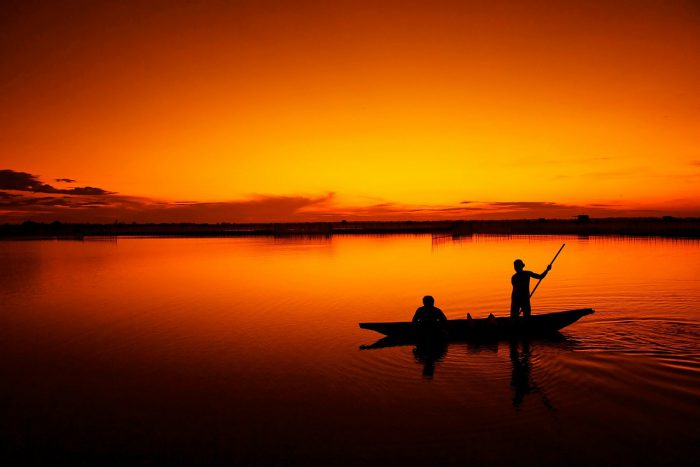 The ‘rents, my younger brothers and I drove to a different spot every summer. Colorado Springs, Niagara Falls, New York, and Washington D.C. – all while in the family truckster (station wagon to the young’uns). But most vacations took place in the upper Midwest, in one little cabin on a big, beautiful lake.

Fishing from a boat reminds me of carefree, lazy days. There’s always some bad mixed in with my goodness, but I was also incredibly fortunate that my dad taught me how to properly fish while grandpa agreed with silent nods of approval. Maybe I wanted to be different, but more often than not, I found I learned best by mistake.

On vacations there was always plenty of fishing, swimming from the dock to the buoys, hiking trails for way too long, making dangerously large campfires and eating enough to pack on a good 7 to 10 by the end of the week. Surrounded only by family, remaining sane was a bit tricky usually at its worst around late day five into day 6. By the end of the week, we were over it and done with each other.

Imagine a warm, cloudless morning with the sound of birds waking you. You stumble out of bed but suddenly remember you’re on vacation, so you are a tad happier about actually getting up. There’s a bright, calm lake just waiting for you – and your boat. You watch the fog slide back into the trees, and you decide it’s time. You shove down your breakfast, grab your fishing gear and run like the wind to un-dock the boat. You head for only the best fishing hole – at least “best” according to the locals. While the loon’s paddle past, you bait your hook and cast your line into the unknown. Then almost suddenly, a miraculous thing happens: you get to sit and wait silently. Sometimes you take someone with you, but it’s better to choose someone who doesn’t talk. My dad said you scare the fish away every time you speak.

Clearly, my nephew didn’t get that memo. I had to hush him every five minutes. It’s rewarding to teach kids how to fish, and you almost feel their excitement while they bombard you (in rapid-fire succession) with questions and “what if” scenarios.

“What if I catch the biggest fish EVER right here on your lake? Would you be so jealous, or what?”

“What if the fish sees the bobber and decides to jump up on the boat and eat US instead of that stupid worm?”

More often than not, kids are bored 10-15 minutes in of something they just couldn’t wait to do. Fishing requires patience and perseverance but most importantly, silence. My nephew, Tate, likes to talk, ask questions, listen to the radio, eat – anything but sit still with his little mouth closed and wait. I especially love when they forget to go to the bathroom before we take off. It’s always fun to lift anchor, take them back in and hope to God and all that’s holy that they don’t forget you are waiting at the dock. Patiently.

Where my nephew turns into quite a chatty Cathy on board, my usually nonstop a million miles a minute daughter is the opposite. It was a pleasant surprise. First time I took her fishing almost didn’t happen, though. I assumed Keely would get bored and if she tagged along, I was confident we would lose precious sunlight by pulling lines in, getting the anchor up and hauling her ass back to shore. As soon as I hinted that she could go with her grandma and aunt who were taking the younger kids to the beach, the stank eye came out. I thought I saw her turn red with fury and she shot me the look…you know the one. It’s the look that screams, “Oh, hell NO. Don’t you dare do that to me. Don’t you dare make me stay with the women and babies while you go have fun.”

Keely wouldn’t budge and from the determination smeared all over her little face and a fiery look in her eyes, how could I say no? She always heard about our childhood days fishing, and she looked up to my brothers and me. Keely wanted to do this and hell; I know I shot the same look when I was her age. She wanted to fish – just like her momma.

At the front of the boat, there were two captain chairs – I took one, Keely took the other. My dad, younger brothers, and nephew fished from the sides and back of the boat, although I use the term “fish” very loosely. My brother felt the urge to move to a “better spot” every 15 minutes, while my nephew, Tate, talked our ears off with my mom’s snacks falling out of his mouth.

She intently watched me dig into the bait box for a worm and while I shoved the hook through its squirming slimy-ness. Tate made the gagging-gonna-puke noise but not Keely – she observed. I taught her how to pull the pole back and toss the line out, being careful not to catch her cousin’s big fat mouth. Ugh – he just wouldn’t shut. The. Fuck. Up. Don’t get me wrong – I love the little dude to the moon and back but damn….just like his daddy with no patience, zero desire to sit still and a motormouth to boot.

I had never felt such pride and ease with my 11-year-old daughter before. When she cast her first line, I swore I saw a glimpse of disappointment when she didn’t get a bite in the first half of second. No one else would have caught it, though. She sat quiet and motionless while we sucked on sunflower seeds and waited. And waited. And then we did some more waiting. I quietly taught her how to crack the shell in her mouth and spit it out – lots of drool involved. We also saw a few frogs up close while loons floated by – hearing loons in the wild is something magical for me.

Now realize, there is nothing quite like seeing a child’s face when they get their first bite. Or nibble. Or when they lose their pole into the lake “on accident.” (Apparently, Tate thought he was doing us a favor because when he got his first bite, he just let go of the pole. He was more concerned that the fish would jump on board and attack us, so he was saving us. Big tough guy). After watching many kids while they get their first bite, I’ve noticed three brief (yet very distinct) steps based solely on facial expressions. I prepared myself when Keely got her first bite.

It’s like she didn’t believe a word I’d said when I explained what not to do when she got a bite. Then, as she started to process what was happening, it was like all reasoning, and common sense went straight out the window.

Our second stage is funny because even though I told her to stay calm and quietly reel her line in, she did the exact opposite. The cry broke any serenity left on the lake, and at the top of her lungs, she yelled, “MOM – what do I do?! It’s too hard – I’m gonna let go – HELP!”

In some ways, it’s embarrassing to scream because of a little fish, and at the same time, it’s insulting to me because I gave her plenty of warning, so it’s like she didn’t listen to me at all. Christ, what did she expect – the fish to jump on the boat and say, “Here I am!”

Within seconds, all three stages of a child’s face come and go with their realization that OMG – there is something alive under the boat. These steps are only recognizable to those who have been there and only if you pay close attention. I thought to say, “I told you so” or “maybe next time you’ll listen,” didn’t seem entirely fair when she was apparently scared shitless. As I watched the transformation, I smiled and started giggling because hey – I know the fear all too well…

I went through the same stages when I was younger. I recognized the expressions, and for a moment, I had clarity. I stopped smiling long enough to realize those carefree days are long gone, and I’m officially a grown up. A sign of adulthood realizes that your elders knew what they were talking about, and even though you fought like hell to prove them wrong, they were just trying to help you. I suppose, in the long run; your past fuck-ups contribute to making the person you’ve become.

Way back when I learned how to fish, my dad rescued me but always while quietly cursing, through a very clenched jaw,

“Jenny – SHUT. YOUR. MOUTH. I told you not to scream – you never fucking listen.”

Of course, while shaking his head in disappointment.

Luckily for Keely, I refused to make her feel like an ass for a normal, healthy reaction. So, how did I handle it? 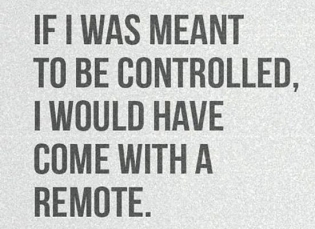 And I laughed my ass off  – and deafened the whole lake. I could almost feel my dad radiating his hot temper.

I’m almost certain there were some pissy old men fishing, cussing me out, but I didn’t give a shit.

I rescued her, and instead of making her feel like shit, I said, “Great catch babe!!! Ready for another!?”

“OH YEAH!” She beamed with pride and hardly held in her excitement while she grabbed her own worm – like a boss. After a couple more, she was for sure a pro – a natural-born fisher-person. My nephew didn’t catch a single fish that day, but not based entirely on fishing style alone. After Keely’s first few, we took him ashore to burn off some energy – he was sooo bored.

Keely might listen next time and heed my advice, but it’s highly unlikely. Kids will be kids, and even though you warn them, sometimes they have to fuck it up themselves to learn. I like to think her curiosity and sense of adventure come from me, and I hope that someday she passes it down to hers.

Our experiences guide our parenting techniques, and even though you’ll want to wring their necks for not listening, always be ready for your warnings to fall upon deaf ears. Just do your best and give them a memory they want to revisit over and over.

“And though she be but little;

You know what takes longer than my kid telling me a story?